This post started as a rant against an idea I think is absolutely stupid (see paragraph three) and became a motivational thing. I got SO FIRED UP writing this for you. I hope you love it.

Have you seen or heard someone recently say something like the following?

“When you post for the sake of posting, your energy is off and your people pick up on it. Don’t be consistent for consistency’s sake. Share what’s on your heart to share when you’re lit the eff up!!!!”

And honestly, I DON’T RESONATE. And the idea is, for me, totally de- motivational. Now…

But let me tell you this:

I GOT A CLIENT, WHO HAS PAID ME OVER $50K, FROM POSTING TO LINKEDIN BECAUSE I FELT I SHOULD TAKE ADVANTAGE OF THE PLATFORM. BECAUSE I NEEDED TO REACH CLIENTS.

And I’m not saying I didn’t feel good when I wrote that post or published it.

But I AM saying that getting attention matters.

And I’m now really tired of the people giving you the bad advice to post only when you feel like it.

I’m not saying that you should feel guilty for not posting.

But I AM saying that the post-only-when-you’re-lit-up strategy is fuckin’ hard to rock when you’re population: 1 in Struggle City.

Laaaaaaadies and gentlemen, I’ve been MAYOR of Struggle City. There have been stretches of imbalance where I spent waaaaay more time feeling down, depressed, angry, bitter, etc, and if I waited until I FELT good to post, I’d a maybe posted once a week — and SOMETIMES DID ONLY POST ONCE A WEEK because someone got this idea in my head — and those were the SLOWEST times in my business in a straight-up cyclical fashion. I didn’t post because I felt “off,” I didn’t get business because I didn’t post, and I continued feeling bad because I didn’t have business coming in.

The Effort Won’t Kill You

But I AM saying that effort made in ‘off’ moments have a cumulative effect. The effort won’t kill you.

Dude. I NEVER used to move my body. I’d find every excuse to stay in the house. Many stretches of days where I didn’t leave the apartment at all even to check the mail were a real thing for me. Why? Because as a kid I’d absorbed a lot of baaaaaaad ideas about my body. “I’m not athletic.” “My body moves awkwardly.” “I’m big-boned and it won’t change.” “I’m just meant to be fat.” “Exercise means sweating and I don’t like to sweat.” On and fucking on. I told myself effort toward a leaner, healthier body was pointless.

Now? I walk daily. My daily step counts are increasing. Now I DESIRE movement. I crave it. My body begs for it. The effort is good. My body feels BEST when making an effort. And in the last two weeks, the cumulative effect of all my efforts (including diet changes) have led to multiple people commenting on how much I appear to have lost, with one woman saying I look like I lost 45 pounds. Like, holy wow! That’s amazing!

Getting to the Point

My point? I used to think I shouldn’t make the EFFORT. That something about me or my body made me the exception to the Law of Accumulation of Efforts. And clearly I’m not the damn exception. I’ve just proved it to a whole group of people who’ve seen my fat loss in the last few months/weeks.

THE LAW OF ACCUMULATION OF EFFORTS is the “LOA” I think we could all pay more attention to.

So go ahead and fucking post when you don’t feel like it. Even when it doesn’t look like it’s happening, when the clients don’t seem to be coming, and the stubborn pounds keep hanging on, when the guy/gal of your dreams just doesn’t wanna step into your life…

IT’S ALL HAPPENING. THE EFFORT IS ACCUMULATING. YOU ARE WINNING.

P.S. I wrote this for myself as much as for you. #RemindingMyself

P.P.S. Did you find this motivational? Tell me in the comments where in your life you’re going to exert some effort today! 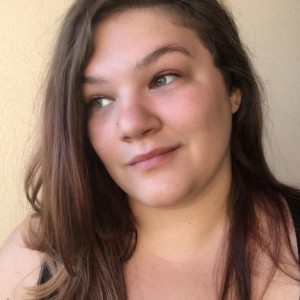 Writer. Life & Creative Business Coach. Inquire via email about how you can work with me privately to set expansive goals and achieve them with my support. Follow me on Instagram @therosellalafevre! Get new posts and free gifts from me by signing up at rosellalafevre.com/truthletter
All Posts »
PrevPreviousInstagram is Changing Again. Here’s How You Need to Adapt
NextManifesting Weight Loss After I Gave Up On Changing My Body…Next